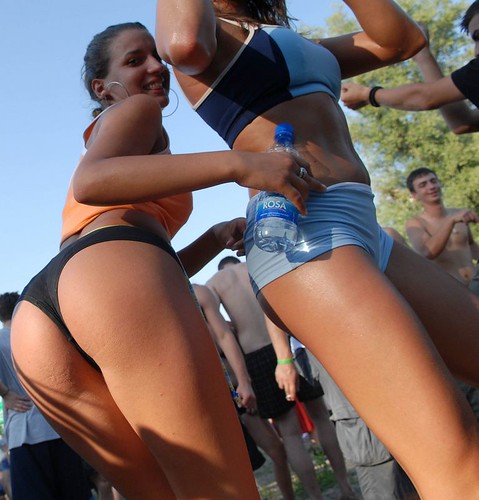 While Guardian travel writer Chris Madigan’s listing of the 12 top trips to make in 2008 didn’t include a stop in Slovenia, a visit to The Exit Festival next July in (relatively) nearby Novi Sad, Serbia, did.

The EXIT festival came into being in the year 2000 as an act of rebellion against the regime of Slobodan Milošević, that had for years been keeping Serbia out of touch with the outside world. That summer thousands of young people from Novi Sad gathered in the campus park by the River Danube where concerts, parties and art performances took place.  There were also discussions and debates where the young were able to express their opposition to the imposed nationalism, xenophobia, censorship and repression. The event lasted for 100 days and its grand finale was the ‘Get out to Vote’ party, which was held one day before the elections that saw the downfall of Milošević.

Its setting at the Petrovaradin Fortress on the shores of the Danube, the Guardian notes, makes it one of the most attractive festivals in Europe.

Tickets and campsite reservations for the July 10-13 event are already available via Exit’s website (Serbian and English), which also includes useful ‘getting there‘ options.