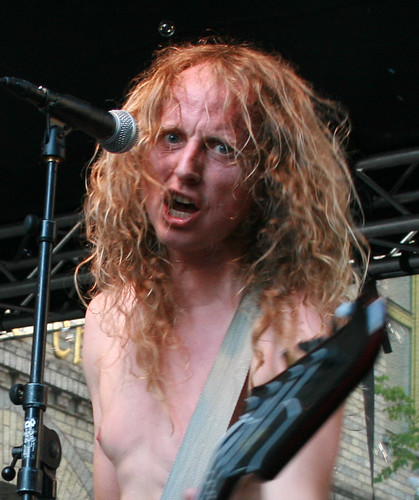 I had the better part of a day to kill before heading to the airport, and stumbled upon a city-wide music festival in Oslo. Stumbled is the wrong word, since anywhere you went near the harbor you were either lured or chased by music. Several stages were spread out about town near the harbor, each whistling its own genre. These guys, tucked into a Death Metal Alley, were by far the most enthusiastic of the four or five groups I listened to. Anyone know who they are? They totally rocked, dude!

Other June personal favorites from Vienna, Berlin and of course, Ljubljana, where I (very) gradually settled into my new digs.