LJ Pic of the Day 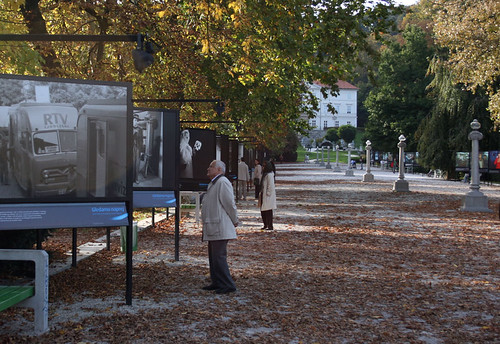 My attempt at posting a daily pic from Ljubljana began on 20-Jan-2007; the best I was able to manage was eight in a row later than month. So today’s, the ninth consecutive (!) is a milestone of sorts. Damn, I’m so very proud of myself.

Anyway, another shot from Ljubljana’s Tivoli Park. There’s a nice photo exhibit chronicling the history of TV Slovenia, this year celebrating its 50th Anniversary. Thru 31-Oct.

If you’re interested in the politics of Slovenia’s media landscape in general and of TV SLO in particular, I suggest you consult Radio Kaos journalist Pengovksy’s blog, Sleeping With Pengovsky.