Photos by the Medium, William Hope 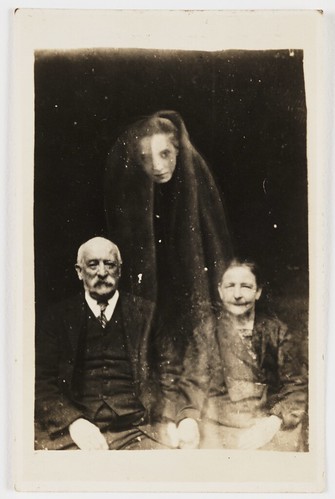 From the British National Media Museum‘s flickr stream set, The Spirit Photographs of William Hope, a British medium of the 1920s who despite being exposed as a fraud, still had his supporters, among them Sir Arthur Conan Doyle.

These photographs of ‘spirits’ are taken from an album of photographs unearthed in a Lancashire second-hand and antiquarian bookshop by one of the Museum’s curators. They were taken by a controversial medium called William Hope (1863-1933).

The set is here, or watch the slideshow!