Before Expatriating, Some Considerations 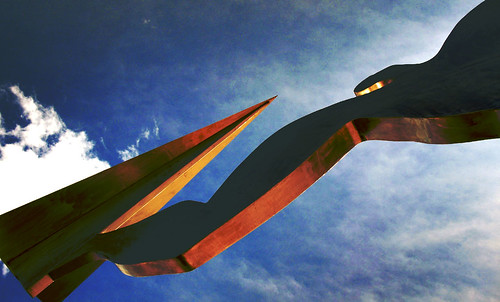 We’ve all heard someone say it: “If that fascist/socialist/weasel/liar/idiot/etc wins, I’m gettin’ the hell out of the country.” Here’s a quick, short and entirely un-researched checklist for the 0.2 % of those who may actually consider following their convictions when the results are in on Wednesday morning.

If the outcome of an election is your primary reason to move on, bear in mind that escape won’t necessarily help. It’s something you obviously feel strongly about, so don’t think you’ll ever stop paying attention. Depending on where you choose to go, the consequences could be even worst. In Europe, watching debates live meant staying up or waking up at 3 am. My sleep cycle is still screwed up. Suggestion? Stay in roughly the same time zone.

If you’re from the right and want to escape the ludicrously bizarre hysteria of an America taken over by Obama’s “socialism”, suffice it to say that the chances are quite good that you won’t be very happy almost anywhere else.

When your anger/shock/despair subside enough and you start planning your move, consider some practical matters before booking that one-way ticket (VERY expensive, by the way).

Choose your expatriation destination extremely carefully. Laws, rules and regulations on immigration and foreign workers vary wildly from country to country. Jobs aren’t that easy to find. The global economy is in a tailspin at the moment, remember?

Everyone’s situation is different. Although it was on the list, politics wasn’t my primary reason for moving. Work was. And the simple fact that I always preferred Europe in general. I was born in Slovenia, and although my family moved to the US before my second birthday, I had ties here. Immediate relatives, and a few good friends. I visited quite a bit as I was growing up and later in life. I was fluent in the language. I enjoy drinking and eating lots of meat.

No-brainer: have real steady work lined up and a decent place to live before you leave. You’re not stuffing a backpack for a vacation, remember? You’re not going on an extended couchsurfing tour, remember? And don’t even consider boarding that plane until you have, at minimum, enough cash on hand to cover at least six months of living expenses, plus pocket money. Six months fly by. Six months in a profoundly different environment fly by even faster.

Socializing. You’ll be leaving your family, best friends and other relationships you’ve cultivated over your entire lifetime behind. Email, photo and video sharing, phone calls and text messages won’t begin to fill that void. The older you are, the more difficult it is to create those sorts of relationships in far off and unknown places. Virtually all expats agree that this is the most important consideration, one that will make or break your move.

A few months ago Adventures in Wheelsville’s Camille linked to a great expat adjusting write-up here, a good starting point to begin your planning. Good luck!