Ammo Shortages in the USA 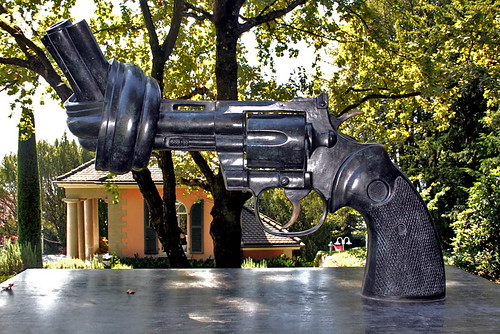 “It started the day that Obama got elected,” Johnny Dury, who owns Dury’s Gun Shop in San Antonio, tells NPR’s Michele Norris. “It is when everything just went crazy in the gun business.”

From The Casper, Wyoming Star-Tribune:

“It’s a political deal. Everybody’s worried about losing their guns and ammo or not being able to get it,” Wagner said. “There’s a huge influx of that right now, but our sales are up in all categories. Our sales are double what they were last year.”

From the Fort Myers, Florida News-Press:

Tired of having to cancel trips to the local gun range because he couldn’t find ammunition to buy, Patrick Naidl went on the offensive last week.

“I called every Wal-Mart from Naples to Port Charlotte and everybody was sold out,” the Cape Coral resident said. “The Lehigh store told me they were selling their last box when I called and that they only had it for two hours.

“Ammunition is very hard to find because everybody is stockpiling. It’s like the paranoia before Y2K.”

From the Detroit Free Press:

At Jay’s Sporting Goods in Clare, salesman Tim McCall said the store had been largely cleaned out of 9mm pistol ammunition and was experiencing massive sales of .40 and .45 caliber ammo.