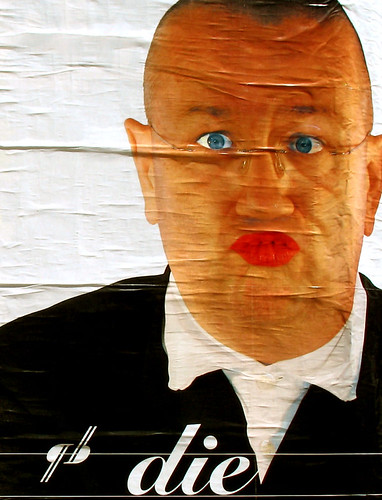 NO, this won’t be another juvenile joke about this unfortunately named group of protesters who took to the streets yesterday in the U.S. Besides a collective hatred of Obama, precisely what they were protesting still isn’t really clear.   When calling Obama both a socialist and fascist in the same breathe, their own confusion is self-evident. (For the teabagging-curious, Rachel Maddow has a delightful oral history of the nascent movement here.)

Guys, when are we going to wake up and start fighting the fascism that seems to be permeating this country?

While mentioning in general terms “militia movements” and “white supremacist(s)”, nowhere does it mention “conservatives”, “republicans”, or crazed right wing radio jocks. (No, not even teabaggers). But that, or the fact that the findings were compiled while Bush was still in office, hasn’t stopped many on the right, who are apparently taking it quite personally and thinking this was about them, of condemning the report as a hatchet job. Or, maybe it hit a little too close to home?

Hannity, Limbaugh, O’Reilly, Malkin, et al, please, stop embarrassing yourselves. As Jon Stewart succinctly pointed out, it’s supposed to taste like a shit taco now.  So kick back, relax, and enjoy some teabagging in the comfort of your own homes.