Ljubljana in WaPo (LJ Pic of the Day) 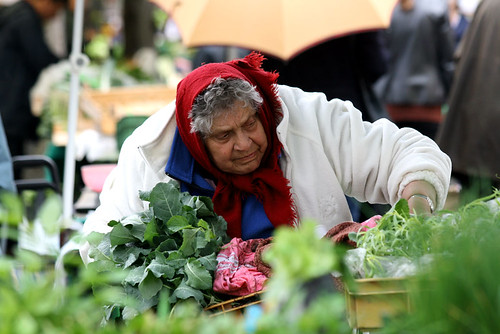 There was an entertaining piece on Ljubljana in yesterday’s Washington Post Travel section. At more than 2000 words, ‘Ljubljana: Too Cool to Get Hot‘ is a breezy read, quite positive overall, and makes the city quite welcoming indeed.

I did find this a bit bothersome:

Thus would Ljubljana, which had somehow survived the Romans, Napoleon, the Soviets and more…

When, precisely, did Ljubljana “survive” the Soviets? This irksome and patently false link to the former Yugoslavia under Soviet control keeps popping up in places where it really shouldn’t.  Washington Post editors, if not staff reporters, really should know better. In the bigger scheme of things, this ain’t ancient history.  [Here’s another recent example from the LA Times.]

Anyway, a nice read. Check it out.

By the way, again resuming the LJ Pic of the Day chore with this, shot a few days ago at the main central market.