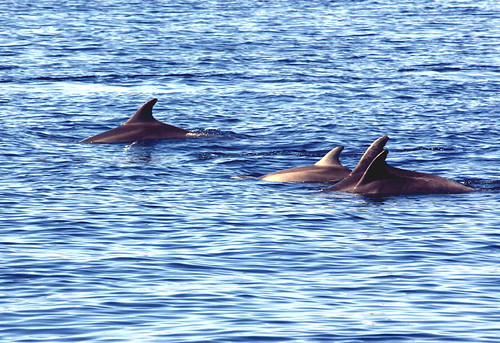 Dolphins as PR/tourism icon are everywhere in Mali Lošinj. So it made my day to see a school of 10 or so during a relatively brief boat ride to Susak, a small island about 10 nautical miles southwest of Mali Lošinj. 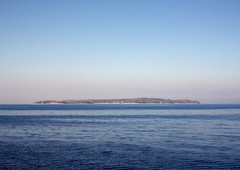 Only about 200 people live on the island year round. It’s a quiet place, relaxing. It appears that it’s been that way for some time and quite likely will stay that way. There are a small handful of stores, restaurants and cafés – most were still shuttered in mid-May — but absent are night clubs, large or even medium-sized hotels, and most conspicuously, roads. 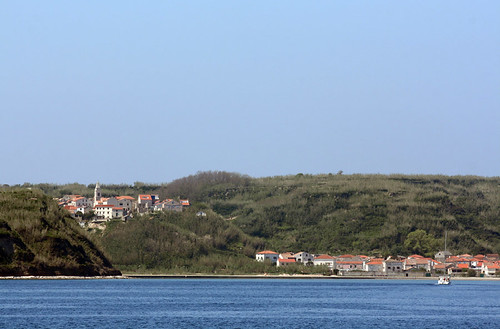 There are no cars on the island; the only motorized vehicles I saw were a few small tractors hauling smaller trailers loaded with supplies which arrived on an afternoon boat. Otherwise, wheelbarrows, or karijole, appear to be the device of choice to push things around. I spent most of a quick coffee break observing one man, in his late 60s or early 70s is my guess, pushing 15 liters of red wine in his karijola. He stopped quickly at the café, enjoyed a coffee and a piece of baklava, and was on his way in less than 180 seconds.

I can understand quite a bit of Croatian, but am hardly fluent. Nonetheless, I did notice that the locals used a very distinct dialect, one I’ve never heard before. The island’s first inhabitants were the Illyrians; the majority of their surviving descendents left the island in the late 1940s after Croatia became part of Yugoslavia, and emigrated primarily to Hoboken, New Jersey. 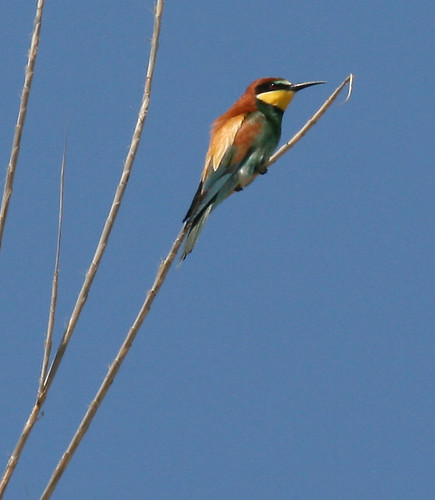 It struck me as an interesting place to spend some time for a longer anthro/ag/geog/etc research project, if one was looking for such a thing. You can choose to be very isolated here, but with the luxury of a quick commute to the mainland which also happens to be an island. I came on a day trip, spent just a few hours, but long enough to want to return, at least for a few days. This type of seclusion, remote but still not that far removed, is rare, and fascinating at the same time.

Quick plug for our ship’s captain, Luciano Magazin, who operated one of about a dozen or so boats with daily departures to nearby islands from the port at Mali Lošinj. The cost for the trip, roughly an hour each way, is 100 KUN (13.66 EUR/ 19.16 USD), and he offers an on-board lunch for an additional 80 KUN (11 EUR/15 USD). Definitely worth it. We enjoyed a variety of local and fresh pan-fried fish, a hefty green salad, and a delicious potato/spinach dish, all bottomless portions, plus plenty of red and white wine. And although it isn’t quite as good as Brkinska (none is, really), the welcome glass of slivovec (plum brandy) at a few minutes after 10 was quite tasty.

Some more of my pics here, and here’s a terrific link for plenty more info:.