Cablegate in the Balkans – And the winner is: 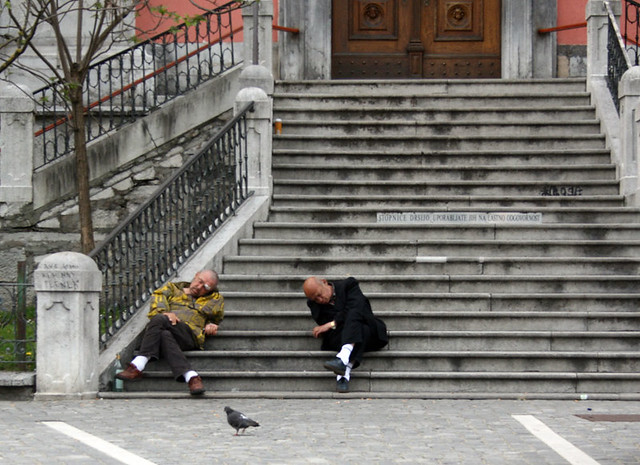 Of the 251,287 secret US Embassy cables which Wikileaks began making public yesterday, 2,053 relate to Croatia, according to the ‘Cables by Country‘ graphic on Wikileaks Cablegate website. Bosnia & Hercegovina is next at 1,419, followed by Serbia & Montenegro, with 1,244. Slovenia comes in a distant fourth with 947, with Macedonia (783) and Montenegro (503) bringing up the rear.

While it’s not as high on the list as its southern neighbors, Slovenia-related cables were the first to score points in the media avalanche which began last night CET. Advance material supplied to The Guardian, Der Speigel, Le Monde, and The New York Times included in passing a mention of a strongarm deal the US offered to Slovenia. Most of the accounts went something like this:

The (New York Times) also cited documents showing the U.S. used hardline tactics to win approval from countries to accept freed detainees from Guantanamo Bay. It said Slovenia was told to take a prisoner if its president wanted to meet with President Barack Obama and said the Pacific island of Kiribati was offered millions of dollars to take in a group of detainees.

Milan Balažic, spokesperson for Slovenia’s Ministry of Foreign Affairs, denied that any such deal making transpired, insisting that Slovenia cannot accept Guantanamo detainees on legal grounds and that PM Borut Pahor does still have a  visit to the US scheduled for next year. The statement I read didn’t specifically say however, that Pahor would be meeting with Obama. [See update for the ‘real’ story in this, according to the actual cable.]

As of 19:30 CET today only 243 documents have been published so far; nothing Slovenia-related has been posted yet. According to the Cablegate site, the documents will be released in stages over the next few months.

Updated 30-Nov @ 11:00 CET – Not sure how much time I’ll find for updates here; I’ll try to post any applicable (former Yugoslavia) links I come across via twitter.