Balkans Cablegate #2 – getting the story right (?) 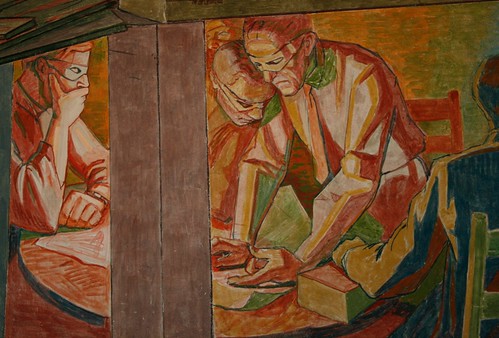 If was good to see Slovenia get its fleeting 15 minutes of Wikileaks fame in the cablegate maelstrom over the past 36 hours, even if just in passing. But the thrust of the story, in this case as an example of Washington’s wheeling and dealing in relocating Guantanamo detainees, wasn’t quite correct. At all.

As mentioned here, the reports yesterday were all along these lines:

From The NY Times –

Slovenia was told that taking a prisoner was the price for a meeting with President Obama.

From The Irish Times –

The US offered Slovenia a meeting with President Obama in exchange for taking a prisoner.

You get the idea. In short, widely reported references seemingly based upon talking points set up prior to the initial document dump. But the truth was actually the reverse.

According to the January 5, 2010 cable sent by Bradley Freden, the Deputy Chief of Mission at the US Embassy in Ljubljana, it was Slovenia’s Prime Minister Borut Pahor, not the US Embassy, who suggested the deal. From the cable published in El Pais:

Pahor reiterated that he would be willing to make the case,but in a one-on-one pull-aside with CDA, the PM gently – but unambiguously – linked success on detainee resettlement to a meeting with President Obama. He said that “a 20-minute meeting” with POTUS would allow him to frame the detainee question as an act of support for Slovenia’s most important ally and evidence of a newly-reinvigorated bilateral relationship.

The cable in its entirety, based upon a meeting on December 30, 2009 requested by Pahor, is here. Interestingly, it was Freden who reminded Pahor of the legal hurdles that exist in Slovenia with regards to bringing in GITMO detainees.