Amazon’s odd explanation about pulling their plug on Wikileaks 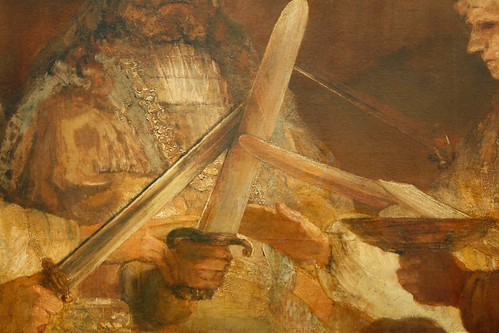 Update 10:30 CET: Pengovsky has just informed that Wikileaks has moved to Switzerland this morning. Cablegate site is here: http://213.251.145.96/cablegate.html

Here’s Amazon’s statement on caving in to higher powers. Does this mean that they won’t sell books that will include excerpts from leaked cables?

There have been reports that a government inquiry prompted us not to serve WikiLeaks any longer. That is inaccurate.

There have also been reports that it was prompted by massive DDOS attacks. That too is inaccurate. There were indeed large-scale DDOS attacks, but they were successfully defended against.

Amazon Web Services (AWS) rents computer infrastructure on a self-service basis. AWS does not pre-screen its customers, but it does have terms of service that must be followed. WikiLeaks was not following them. There were several parts they were violating. For example, our terms of service state that “you represent and warrant that you own or otherwise control all of the rights to the content… that use of the content you supply does not violate this policy and will not cause injury to any person or entity.” It’s clear that WikiLeaks doesn’t own or otherwise control all the rights to this classified content. Further, it is not credible that the extraordinary volume of 250,000 classified documents that WikiLeaks is publishing could have been carefully redacted in such a way as to ensure that they weren’t putting innocent people in jeopardy. Human rights organizations have in fact written to WikiLeaks asking them to exercise caution and not release the names or identities of human rights defenders who might be persecuted by their governments.

We’ve been running AWS for over four years and have hundreds of thousands of customers storing all kinds of data on AWS. Some of this data is controversial, and that’s perfectly fine. But, when companies or people go about securing and storing large quantities of data that isn’t rightfully theirs, and publishing this data without ensuring it won’t injure others, it’s a violation of our terms of service, and folks need to go operate elsewhere.

We look forward to continuing to serve our AWS customers and are excited about several new things we have coming your way in the next few months.

Meanwhile, both the cablegate and general wikileaks sites are down again. My guess is that the Russians had something to do with it.