The Slipper Has Disinfected – Personal Encounters with Chinglish in 2010

I made two visits to China this year, enough to see that Chinglish is still quite alive and well, despite an official war in both Beijing and Shanghai on the mangled translations in public areas.

I don’t expect perfection. There are plenty of awkward examples of English here in Slovenia. There are too many stupid ones to be found in the USA. But it’s still baffling that in a country where tens of millions speak and write English very well that such poor examples wind up in public view. I’m starting to think that some are simply done on purpose. Or, those doing the translating simply don’t care. You don’t need four years of intensive English language study to know that Be Seated Defecate isn’t the best way to tell someone they’re about to enter a toilet.

I didn’t find that one, or Baby on Road, but a few examples I did came across are below, in no particular order: 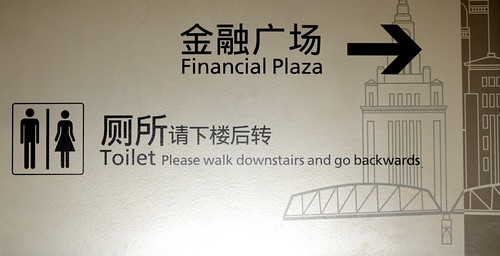 On the Bund promenade in Shanghai. 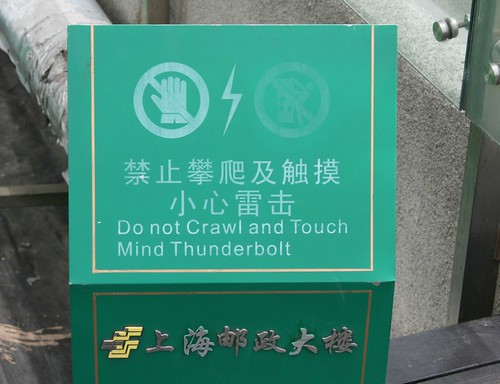 This one is just odd. On the rooftop garden of Shanghai’s old imperial post office. 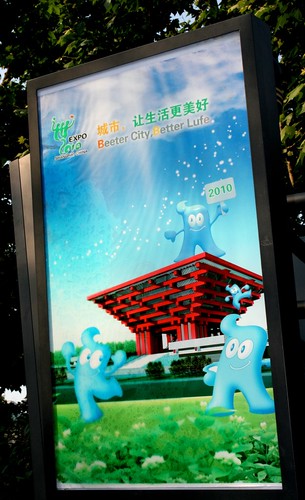 Not quite Chinglish, but just terrible editing/proofing. Or maybe some form of esperanto?  This is a poster for the World Expo in Shanghai, whose logo was Better City, Better Life.

Thank for corporation! In the bathroom of the Gui Jing Hotel in Nanning.

Again, in my Nanning hotel bathroom.

Again at the Gui Jing. Again free of charge, but apparently not a gift.

And finally, at the Ba Gui Agricultural Research Garden in Nanning.

I posted this one, with instructions on how to use a toilet, earlier, but it deserves another appearance here.

Disturbing performance of Dickinson’s ‘Much madness is divinest sense’