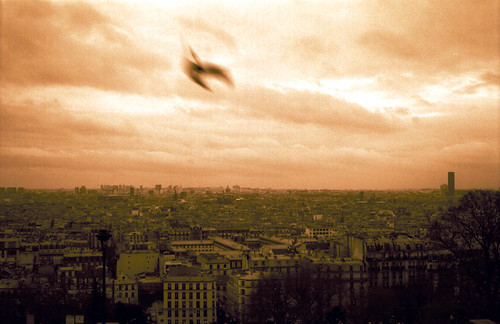 An idea that needs to spread throughout Europe. Although given Slovenia’s collective car fetish, I can’t imagine anyone in Ljubljana with the cojones to propose it.

Via Inhabitat and Autoblog Green:

Denis Baupin, an environmental official in the mayor’s office, told RTL Radio that if you’re a Parisian with a gas guzzler, you should “sell it and buy a vehicle that’s compatible with city life. I’m sorry, but having a sport utility vehicle in a city makes no sense.”

You don’t have to own a really big brain to realize that most European cities weren’t made with big cars in mind.

Details are still pretty sketchy, but the ban could go into effect by late this year or early in 2012.

From Montmartre, originally uploaded by pirano.