Ellsberg: ‘Crimes (Nixon) committed against me are now legal’ 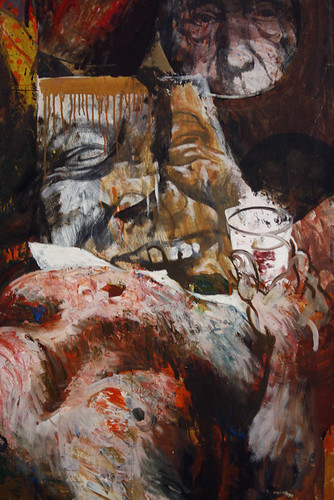 Great perspective on secrecy in modern times. From an interview with Pentagon Papers whistleblower Daniel Ellsberg on CNN’s In the Arena blog:

Richard Nixon, if he were alive today, might take bittersweet satisfaction to know that he was not the last smart president to prolong unjustifiably a senseless, unwinnable war, at great cost in human life. (And his aide Henry Kissinger was not the last American official to win an undeserved Nobel Peace Prize.)

He would probably also feel vindicated (and envious) that ALL the crimes he committed against me–which forced his resignation facing impeachment – are now legal.

That includes burglarizing my former psychoanalyst’s office (for material to blackmail me into silence), warrantless wiretapping, using the CIA against an American citizen in the US, and authorizing a White House hit squad to “incapacitate me totally” (on the steps of the Capitol on May 3, 1971). All the above were to prevent me from exposing guilty secrets of his own administration that went beyond the Pentagon Papers. But under George W. Bush and Barack Obama, with the PATRIOT Act, the FISA Amendment Act, and (for the hit squad) President Obama’s executive orders. they have all become legal.

There is no further need for present or future presidents to commit obstructions of justice (like Nixon’s bribes to potential witnesses) to conceal such acts. Under the new laws, Nixon would have stayed in office, and the Vietnam War would have continued at least several more years.

Likewise, where Nixon was the first president in history to use the 54-year-old Espionage Act to indict an American (me) for unauthorized disclosures to the American people (it had previously been used, as intended, exclusively against spies), he would be impressed to see that President Obama has now brought five such indictments against leaks, almost twice as many as all previous presidents put together (three).

He could only admire Obama’s boldness in using the same Espionage Act provisions used against me–almost surely unconstitutional used against disclosures to the American press and public in my day, less surely under the current Supreme Court – to indict Thomas Drake, a classic whistleblower who exposed illegality and waste in the NSA.

Drake’s trial begins on June 13, the 40th anniversary of the publication of the Pentagon Papers. If Nixon were alive, he might well choose to attend.

PBS will stream the 2010 documentary, ‘The Most Dangerous Man in America: Daniel Ellsberg and the Pentagon Papers‘, on Monday and Tuesday, 13-14, June.

Hollensturz in Vietnam by Willi Sitte, originally uploaded by pirano.