Here’s a quick stroll through the 25 meters or so that remains of the what locals dubbed Sarajevo’s Tunnel of Hope.

During the beginning of Sarajevo’s three-year siege, the city was entirely cut off by Serbian forces. Locals came up with the tunnel idea, dug beneath Sarajevo’s airport, linking the city’s Dobrinja neighborhood with the Bosnian-controlled Butmir neighborhood to the south. The tunnel, built over a period of just under seven months, was completed in late July 1993, allowing much-needed humanitarian aid to come into the city and helped people get out. It also provided beleaguered residents a way to bypass the international arms embargo. Eventually a pipe line was laid for delivery of oil.

In all, 2800 cubic meters of ground was excavated for the 800 meter long tunnel, according to the Tunnel Museum website. As you can see in the video, the average height was about 1.5 meters and averaged one meter in width. According to some estimates, as much as 20 million tons of food entered the city through the tunnel, and one million passed in and out including then Bosnia president Alija Izetbegovic. When the siege was over, the tunnel was filled to avoid damage to the runway above.

The museum website is here; an absolute must visit. I’d suggest you combine it with other interests and let Sarajevo Funky Tours be your guide. You won’t be disappointed.

And finally, the entrance to a second tunnel that was built later but never used when the siege was drawing to an end.

Become a winner of huge prizes by Kroger via KrogerFeedback Survey 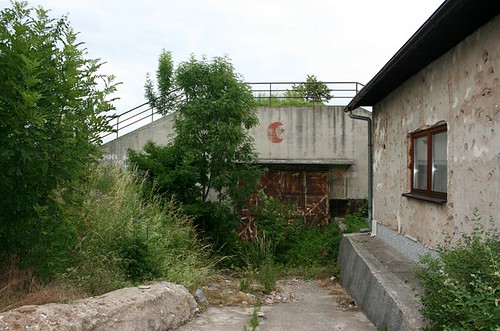