I’ve been in Slovenia now for more than seven years and have finally given up trying to figure out where Slovenians’ political loyalties lie. It seems that most people pretty much hate everyone.

Case in point are these two images that were part of a 20th Anniversary of Independence exhibit along the Ljubljanica River for much of the summer. I appreciated how coyly locals’ expressed their feelings towards the subjects.

The first is from Bill Clinton’s 1999 visit to Slovenia, taken at Ljubljana’s Brnik Airport. Here he’s next to former Slovenian President Milan Kucan and former Prime Minister Janez Drnovsek. (Hillary and Chelsea are there, too.) 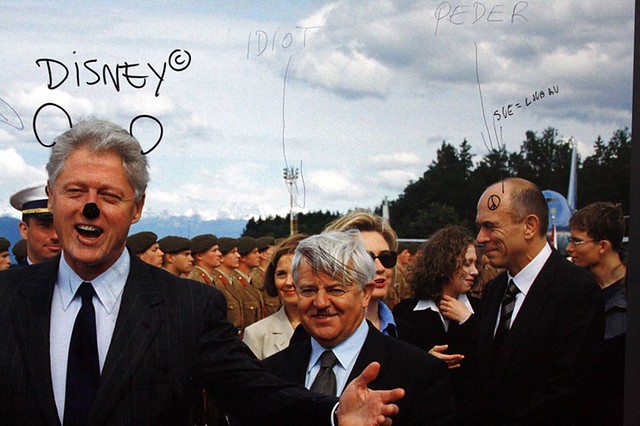 The second shows the unfortunate setting of the George Bush-Vladimir Putin meeting in 2001, where Dubya famously said, “I looked the man in the eye. I was able to get a sense of his soul.” Bush is now hated everywhere he goes, while Putin’s on the verge of becoming Russia’s President-for-Life. All things being equal, I’m glad those roles aren’t reversed. 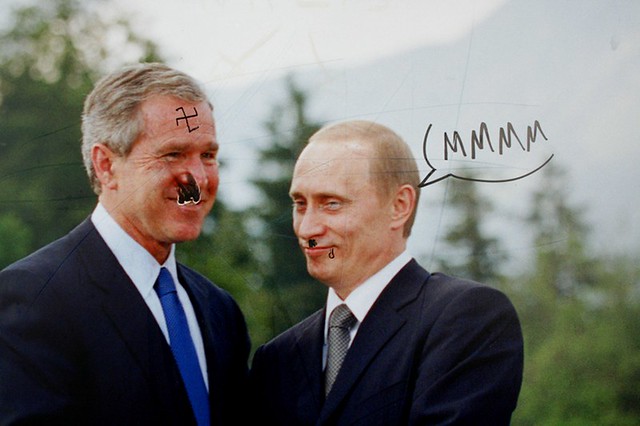