When I was a kid growing up in the U.S. midwest, Sunday afternoons were oftentimes about drives. Usually into the nearby countryside east of Cleveland, much of which has long since devolved into developments with monstrously enormous homes. It was the same for a colleague Edwin, who grew up in the former East Berlin. But his drives weren’t enjoyed from the back seat of a 1969 Ford LTD. He and his three younger sisters were squeezed into the back of an early 1970s Trabant, similar to the one in the video above.

He didn’t tell me how long his parents waited before their legendary DDR limousine was finally delivered, but my guess is that when it did, they held on to it for some time. The average lifespan of the vehicle was an astounding 28 years. I’ll ask him next time I see him.

Officially it went from zero to 100kph/62 mph in 21 seconds and emitted four times as much pollution as the average car in Europe at that time. In all, 3,096,099 rolled off the assembly line. The one above wound up at the Historiale Berlin Museum and four wound up hanging in a U2 display at the Rock and Roll Hall of Fame in Cleveland (pictured below). I have no idea what happened to the rest.

Anyone want to describe the riding experience? 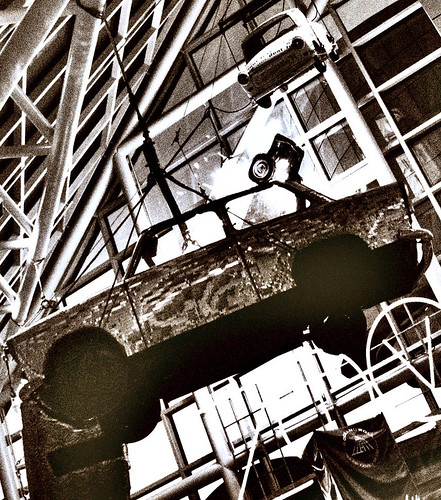