Today’s Ljubljana Pics of the Day were actually taken today during a late afternoon bike ride southeast of the city. The pic above is facing north towards the Kamnik Alps. Conditions weren’t ideal for crisp shots, but it gives you a pretty good idea how close portions of the Alps actually are to Ljubljana.

Although it wasn’t part of the plan, I wound up on the easternmost edges of the Ljubljana Moors, or Barje, my first time in this section of Europe’s southernmost wetland. Here too, the birds were buzzing and diving, much less shy then they generally are just a kilometer west of here. (Here’s a longer post on another section of the moors, which includes the Iški Vintgar Gorge, with plenty of additional info and links.) 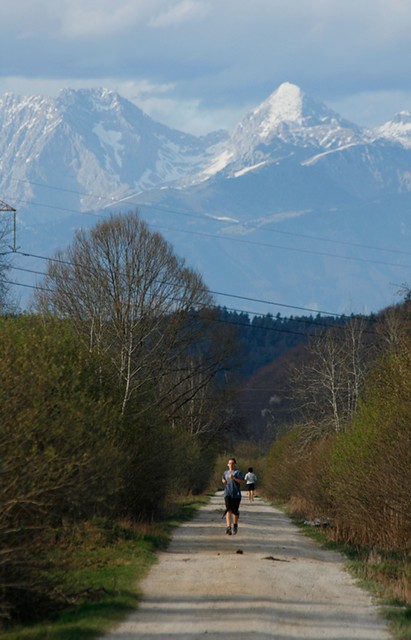 I stopped briefly in the town of Škofljica to watch this couple, the man leading his horse and plow in one large circles and the woman readying a plot for.. something. As I stood and watched, I imagined them both as gainfully unemployed poets. A smoking skateboarder slowly wheeled by to ruin the moment. 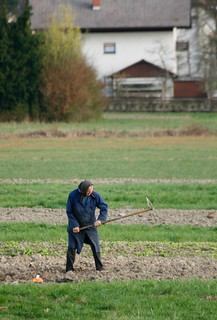 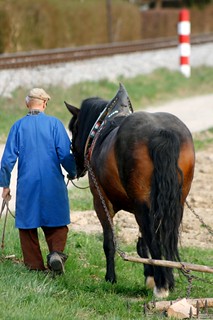 Nearly five months have passed since I last had a cigarette, by far the longest stretch of abstinence in my 28-year career as a smoker. I miss it immensely and am still a bit off-kilter. But I’m also finally starting to feel better.

I’m trying to get out and ride for at least two hours each day; since our winters now last all of two weeks I’ve managed that for the most part, along with a couple significantly longer rides a week. I’m only mentioning this because today, for the first time, I actually felt good during and after a ride.

I was ruminating over just that when a woman driving an Audi 6 and muttering nonsense into her mobile phone came within two meters of killing me when she passed a car in the left lane. 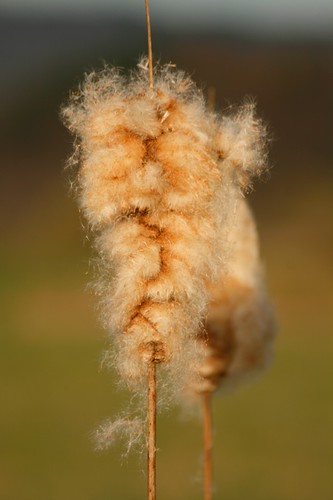