Time flies. Today marks the 20th Anniversary of the beginning of the siege on Sarajevo. Not a day passes that I don’t think about my visit there in 2011.

Even then it was difficult to imagine that nearly two decades had passed since the longest siege in modern times had ended. Plenty of buildings were still sitting as shells of ruins or in disrepair. Everywhere you turned bullet holes still marked buildings like violent graffiti tags.

After a few hours of walking around and snapping pictures, I asked myself that time-tested question: How many photos of aging shelling and sniper fire damage does one man really need? 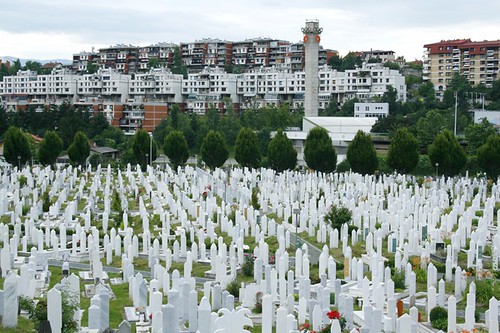 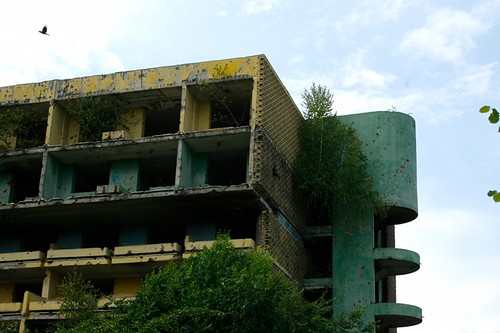 Quite a few as it turned out: here are fifteen. 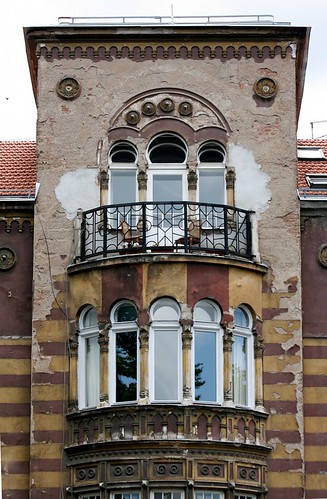 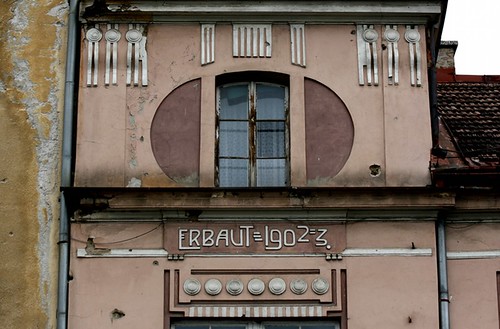 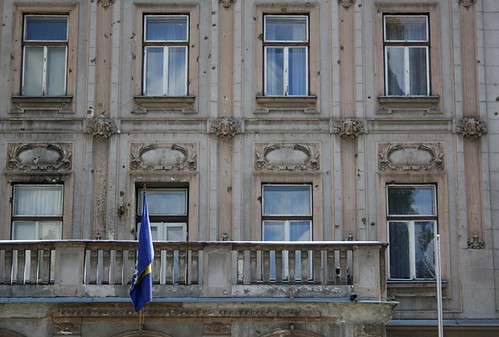 Despite the battle scars, there were plenty of signs of moving forward. Cosmetic ones mainly, the kind that arrive on the artificial coattails created by foreign capital-financed construction projects and pedestrian malls lined with boutiques where most of the locals can’t afford to shop.

Just as striking were the remnants of a past not too distant, the Yugoslav days and daze where Sarajevo was the country’s cultural and creative capital that hosted the world for nearly two weeks in early 1984. The city’s main train station, where an old rusting sign built for those Winter Olympic Games still greets visitors near the taxi stand, hasn’t changed much in three decades. 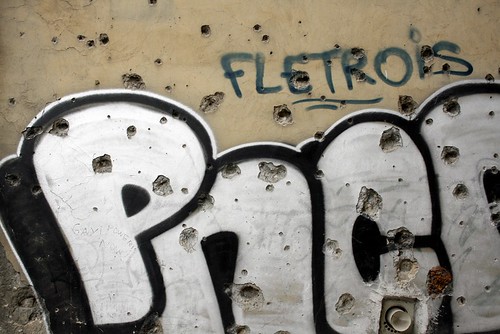 Inside one of the station’s logistics offices, a portrait of Tito still hung on the wall. Inside a station cafe, four men, all retirees, sat chatting over their 9:30 am cocktails and grumbled about the lack of vacation options to fit their budgets.”Screw it,” one said, before losing his train of thought. The others burst out in laughter, cajoled him for his apparent senility, and ordered another round.

11,541 red chairs, one for every person killed during the 44-month siege, were arranged in 825 rows today to commemorate the beginning of the siege. Check out my twitter feed at right or online (@pirancafe) for links to photos published and tweeted throughout the day. 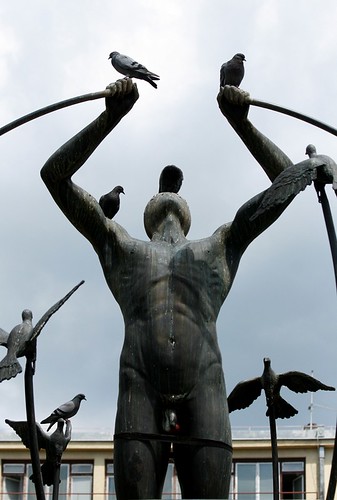 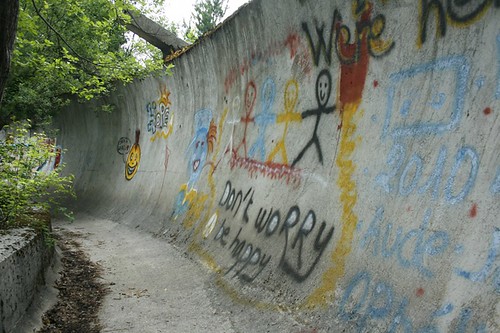