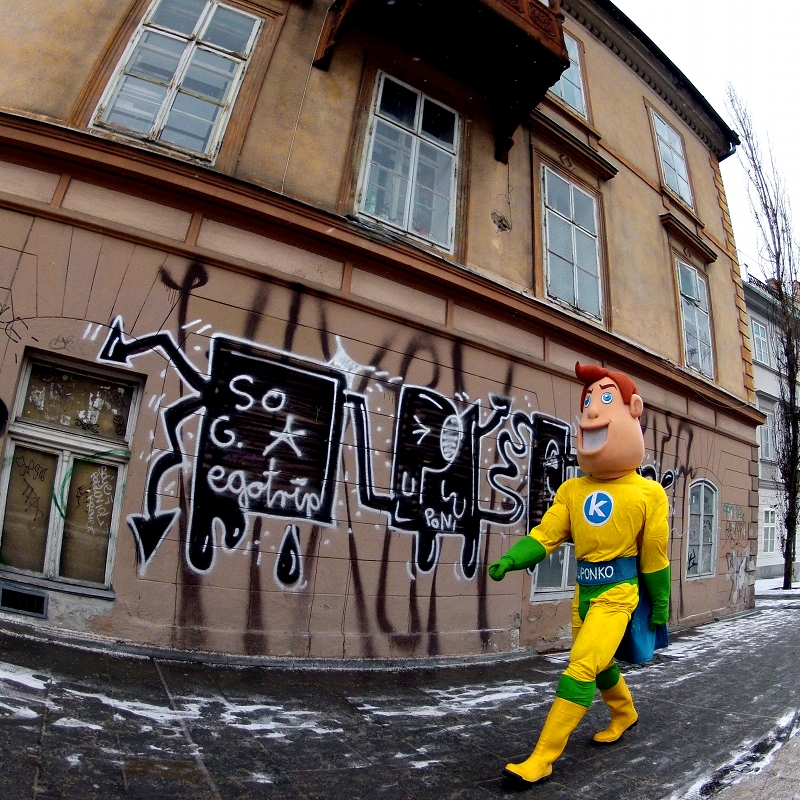 I just came across this interesting piece —Six Enviable Traits From Eastern Europe— in Big Think by Francis Tapon who spent the past three years traveling in 25 Eastern European countries. Just six?  😉

1. There’s one characteristic that all Eastern Europeans share, from Finland to Macedonia, from Slovenia to Ukraine—it’s toughness. Eastern Europeans are a gritty, intense, and supernaturally sturdy people. Communism, wars, and winters have sculpted their tradition of getting by with little. They may whine and complain, but they’ll endure any hardship and overcome any challenge with a stoic and grim determination.

He also describes Slovenians as workaholics. Like the ego-trippin’ dude at top whose boots are certainly the envy of everyone he crosses paths with. He’s working over-time today –on a holiday no less– moonlighting as the subject for today’s LJ Pic of the Day.