It was a simple plan: a quick stroll behind the Grand Casino Monte Carlo to snap a few photos of Botero‘s Adam and Eve, a sculpture with one of the Principality’s better southern facing views towards the Mediterranean. I wanted to use my GoPro to see how its extra wide angle would interact with the sculpture’s accentuated ultra wide curves.

I got there at the tail end of private wine and cheese tasting. Caterers were busy cleaning up the temporary Eden, wheeling around plastic tubs of dirty plates and silver trays heaped with wasted food. Then the soundtrack began, a scratchy chanson from the 1940s on a nearby radio. So instead of snapping a few pics, I switched to video mode and shot this little 90-second dance with the original sinners.

Does anyone know the name of the song? The singer?

PS – I’m a big fan of Botero’s work and am looking forward to visiting his museum in Bogota sometime next year. Here’s a close up of Adam from a previous Monaco visit. Cool mustache, no? 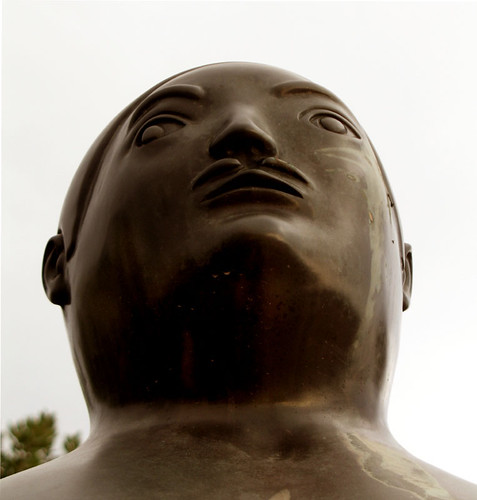