More sad but tragically uncommon news from the U.S. yesterday; this time 20 elementary school children were among the murdered. Most stunning to me is that I’m not more stunned.

This is Non Violence, a 1997 sculpture by Carl Fredrik Reutersward at the Olympic Museum Park in Lausanne. I first saw this in August 2008, about two years after seeing another version (below) near The Göteborg Museum of Art. This morning it was the only image that fits Delicate, this week’s WordPress Photo Challenge theme. Delicate to describe the ‘debate’ about the ease of accessibility to guns in the U.S. And delicate to describe the bruised egos of politicians who continue to cower to the increasingly mad demands of the NRA and other guns rights advocates.

There’s nothing left to be said about a debate that’s long overdue. 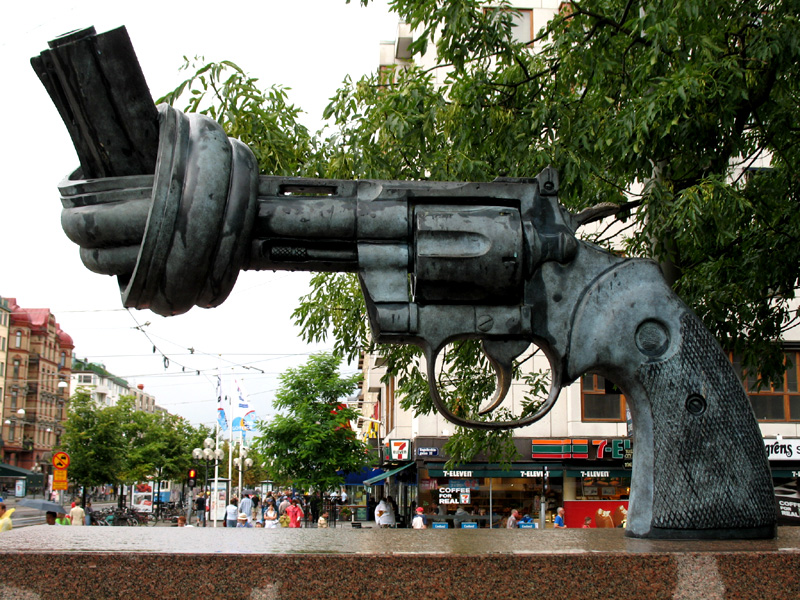