A Boon, Pipe Dream or Scam? The Nicaragua Canal, a Brief Introduction

These are the Panama Canal’s Miraflores locks just outside of Panama City. The 101-year-old Atlantic-Pacific link may have competition before the end of the decade courtesy of the Grand Canal of Nicaragua, an unlikely but long-sought project on which ground is scheduled to be broken next month.

To connect the Pacific and Atlantic Oceans with a 278 kilometer long canal via Lake Nicaragua, Central America’s biggest lake and largest source of fresh water. It’s to be between 27.6 and 30 meters deep, and 230 and 520 meters across at its narrowest and widest.

Including the construction of two ports, a free trade zone with residential housing for 140,000 people, an international airport, a series of tourism complexes, several highways and a power plant, cost estimates range from $40 billion and $50 billion USD, more than four times Nicaragua’s gross domestic product.

And who’s in charge?

Thanks to a generous deal granted by the Nicaraguan government, Chinese tycoon Wang Jing, a somewhat enigmatic businessman whose net worth is listed at $6.4 billion, a pile of cash that lands him just outside of China’s top 10 richest people, according to Forbes.

His company, the HKND Group, was granted a 50-year concession by the Nicaraguan government last year, a tax-free deal with an option to extend to a century. It remains a mystery how a company with no track record in large civil engineering projects, let alone one that will be the largest and most expensive in Central American history, could have been given the concession in a process that included no other bidders.

That’s just one question of many that have been raised since the announcement of the deal was made in June 2013. On most, neither Wang nor Nicaraguan President Daniel Ortega –who has paved the way for the canal’s rubber stamp approval at every level of Nicaraguan government– have been particularly forthcoming. Indeed, the biggest criticism of the deal from the start has been of its glaring lack of transparency. 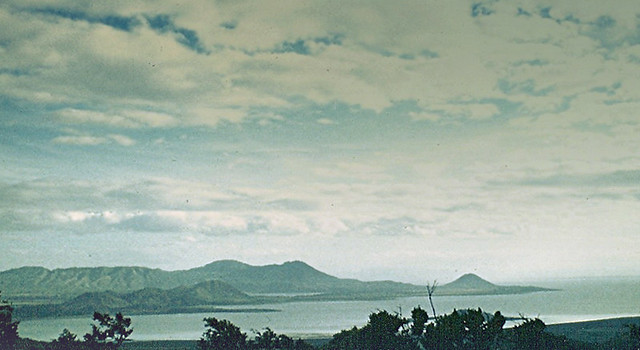 With no environmental impact assessments made public, geologists, biologists and environmentalists are sounding serious alarms – those are either going ignored or responded to only in the vaguest of terms. Even the economic impact, one Ortega insists will finally lift Nicaragua, the second poorest country in the hemisphere after Haiti, out of poverty, are dubious. So are the benefits of another canal, one three times as long and just 500 miles north of Panama’s, which is currently undergoing a massive facelift.

Now at the tail end of a $5.25 billion expansion, the new look Panama Canal will accommodate ships carrying three times more cargo to pass and increase its annual passage to more than 16,000 ships. Short term, analysts say, there is simply no need for a second canal in the Americas.

But for Nicaragua, it’s a dream, revisited with some regularity, that dates back nearly two centuries. Ortega has promised that the project will bring with it more than 100,000 permanent jobs and spark annual economic growth of some 11 percent. For many Nicaraguans, particularly half of the country’s population of six million who live in poverty, that’s the only news they want to hear.

But while the canal idea has wide popular support, large protests have erupted in several communities in recent weeks as the ground breaking approaches and rumors spread about whose lands will be expropriated, where residents will be relocated and how much they’ll be reimbursed.

Where Wang plans to raise the money –he insists that the Chinese government has no involvement in the project— is also among the murkier secrets, leaving many critics and industry observers questioning if the project will happen at all.

Even if the canal isn’t built, the sweet deal still gives Wang the option of pursuing the tourist complexes which include prime locations on the Pacific and Caribbean coasts and on Lake Nicaragua’s scenic Ometepe island, which HKND can maintain tax-free for the duration of the concession.

In either case, this is a story that won’t go away any time soon. In preparation for a visit sometime next year, I’ll be focusing on the canal issue for the next few months (at least), collecting and compiling as much info as I can for a short ebook to appear soon after the first of the year. I’ll also be regularly posting links and updates here.

Nicaragua has long been a keen interest of mine, dating back to the early days of the 1979 revolution that overthrew the Somoza dynasty. Ortega was pivotal in the Sandinista movement then; the majority of his closest colleagues, comrades and allies have long since abandoned him and the Sandinista Party as his leadership style grew to nearly mirror that of the dictator he helped depose. But that’s another story for another time.

Plane in a Rainbow, London

Naked Muscle-bound Man With a Tail Petting a Boat, Stockholm

Plane in a Rainbow, London

Naked Muscle-bound Man With a Tail Petting a Boat, Stockholm